Beautiful Game Played With a Gaúcho Flair in Southern Brazil

PORTO ALEGRE, Brazil — “Tell me how you play, and I will tell you who you are.”

It is one of soccer’s great truisms, and nowhere does it have more meaning than in Brazil, where soccer is widely thought to articulate the country’s sense of self.

When the country won its third World Cup in 1970, the Jornal do Brasil asserted that “Brazil’s victory with the ball compares with the conquest of the moon by the Americans.” Overnight, the country was no longer recognized for its Carnival, but for its soccer. Brazil had found its place in the world.

The “jogo bonito” intoxicates those who watch it. Brazil’s style of play represented a better, idealized version of the country where improvisation led to transcendence, success and international acclaim. The curse of Brazil has always been the gulf between what it could be — since the 1940s it has been the “country of the future” — and what it is.

On the soccer field, this was felt most sharply in 1982, when Brazil lost in the second round of the World Cup. The magical midfield of Falcão, Zico, Sócrates and Cerezo proved so dazzling that many observers were blinded to the side’s vulnerability. Brazilians still crave a World Cup for this phantom team that never delivered.

Not everyone in Brazil expects this national team to win. Expectations often vary by region.

Here in the southern city of Porto Alegre, everyone is dressed for winter. They wear black, as if they are mourning the warmth of summer. This is not the subtropical, samba Brazil of the imagination, but the dour reality of winter in Brazil’s southernmost state, Rio Grande do Sul.

On any other weekday, people here would be at work, but Thursday was the Feast of Corpus Christi, a national holiday. Some two dozen middle-aged men took to an unkempt soccer field, wedged between the high-rise apartment blocks in the genteel neighborhood of Moinhos de Vento. They play for two local clubs, as their fathers did before them. The soccer on offer is of meager fare; it is bereft of the skill and guile associated with the Brazilian game. This is football as it might be played in northern Europe.

Fernando, who works in administration, is waiting to join the game. “There’s a lot of contact and hard tackling in our gaúcho football, which you don’t see in other states,” he says. “It’s a more physical game here.”

Porto Alegre’s two main clubs, Grêmio and its archrival Sport Club Internacional, have a reputation for playing the Uruguayan and Argentine way: tough, and without restraint. This is the warrior-like culture of the region’s gaúcho heritage. They call it having raça — guts. There is even a belief that, due to its geographical proximity to the Río de la Plata, soccer in Brazil was first played here rather than in São Paulo.

This region has stood apart from the rest of the country for decades. In 1972, Brazil celebrated its 150th anniversary of independence with a small international tournament. No player from the state of Rio Grande do Sul was chosen to play. To make up for the slight, the local soccer federation organized a match between the national team and a team of local players.

This would be no friendly. Such was the regional fervor in Porto Alegre’s Beira-Rio stadium that the national anthem was jeered and local fans took to burning the national flag. Whenever the “Brazilians” had the ball, they were greeted with abuse from the 110,000 spectators. The match ended in a 3-3 draw. The usual conspiracies began to circulate. The national team, which had not lost a match in five years, could not be allowed to lose.

The current Brazilian team seems not to possess either of the two principal aspects of the Brazilian game — it has neither the samba nor the fearlessness. But Neymar’s extraordinary skills at least seem to give this team enough Brazilian-ness to satisfy the nation.

Meanwhile, Luiz Felipe Scolari, Brazil’s coach, has crowded his midfield, hoping for a goal with the help of a partisan crowd.

Still, here in Porto Alegre, some are unconvinced of Brazil’s chances of success. Fernando cracks a half smile and says, “If you mark Neymar and Oscar out of the game then we don’t look too threatening.”

Scolari is from Rio Grande do Sul, so there are no charges of bias. Though the same cannot be said for the choice of sites. Even if the national team reaches the final, it will not have set foot in Porto Alegre.

When Argentina faces Nigeria at the Beira-Rio stadium here next week, the city is likely to descend into football fervor. For the visiting Argentine fans — and no doubt the attendant hooligans known as barras bravas — they will find a home away from home. For the locals, however, it may just be a little unnerving to watch their River Plate brand of soccer being played by the Argentine national team. 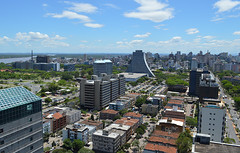 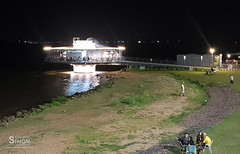